Problem to Solve – My company’s most critical application runs under the IBM MQ Protocol.  When we have performance issues, it is very difficult to troubleshoot.   What can I do? 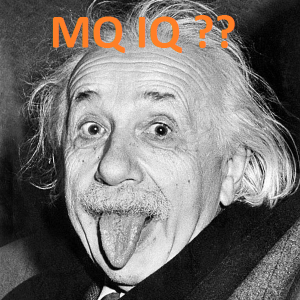 IBM WebSphere MQ is a widely used middleware messaging system that facilitates large-scale, high-volume data processing.  The reasons to use MQ and the benefits are many, but chief among them is the scalability and protection it affords you. Especially when you cannot foresee the potential demand and growth of your application and that potential growth and demand is large, particularly with a public-facing Web application.  Obamacare could’ve used a little MQ perhaps!  MQ enables a huge transaction load in a manner that is secure and highly reliable (stuff can fail and your data is protected) and you just add processing as your needs expand.  It’s a beautiful thing to a developer.

I work with companies on a daily basis helping them triage and troubleshoot exactly the sort of large-scale applications that call for MQ.  A claims processing application for a large insurance company is an excellent example.  They have transactions hitting the system from agents all over the US and from customers on their Web site.  MQ is the middleman to the database servers from the different front-ends, ensuring data integrity across the board.  And when something goes wrong with it, it’s big money and lots of heartburn for engineers trying to ascertain if the issue is actually with MQ or not.  MQ is complex and troubleshooting requires MQ-specific knowledge which is generally the domain of a specialized group who handle MQ.  It is a mystery to most everyone else.

However, given that MQ is a part of so many business critical applications, it is essential that we have the ability to quickly triage a problem to MQ (or away from it). And, when we triage a problem to MQ, to provide enough detail to the MQ admins that they can isolate root cause quickly and resolve it.  It can’t just be a mysterious black box.  Because, at the end of the day, MQ by its very nature is merely a piece of a larger system.  And when it represents such a challenge on its own, it can add a lot of time to resolving issues with the larger system – and for something we assume to be mission critical and essential, to be using MQ at all.

My own opinion is that a monitoring tool with MQ intelligence is essential.  You can try to analyze MQ packet traces yourself.  More power to you.  But you won’t get far, at least not quickly.  Here are the challenges:

Best Place to get the MQ Intelligence?

A packet-based product with MQ intelligence is essential because it’s the only vantage point from which you can analyze all layers of the OSI stack at once. This approach prevents impacting the MQ servers themselves, all while rolling the data up into one dashboard facilitating fast triage of network versus server versus MQ-specific issues.  Packet-based products can parse data by MQ queue (which gets you a long way on its own) and they can show you any MQ-level errors traversing those queues.  You then merely need to be familiar with your queue names and which queues are associated with your critical systems and applications.  And let the tool tell you the rest.

There are a variety of common MQ issues a packet-based product can see and show you:

Even if the tool doesn’t go all the way and identify absolute root cause of an MQ issue, the triage is the larger point.  Accurate and fast triage eliminates 50 people from having to be in a virtual war room guessing about the problem for 5 hours.  You can know it is a network or an MQ problem.  Then you kick it over to the appropriate team with detail so they can resolve without guessing and finger-pointing.  You only involve MQ specialists if they need to be involved – which is exactly what they want!  Everyone wins!

Now, such tools did not exist until recently.  But they do exist now.  And it behooves any MQ shop to consider them.